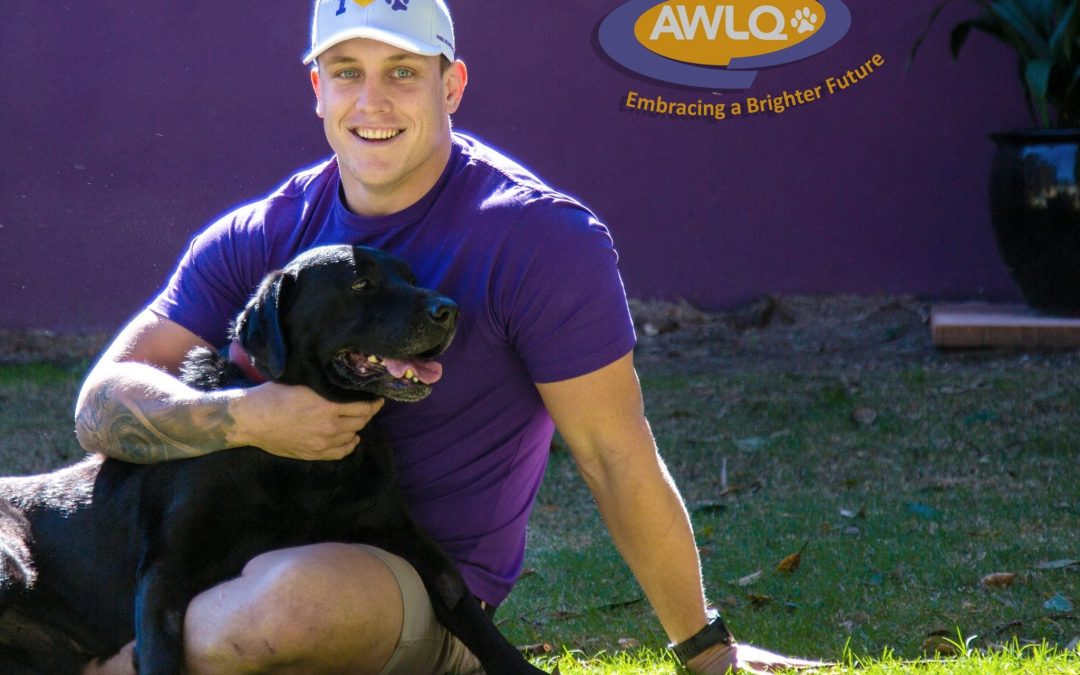 Wallace made his debut for the Gold Coast Titans in Round 1 in a 32-18 loss to the Sydney Roosters at Cbus Super Stadium. For Game 1 of the 2017 State of Origin series Wallace was selected as 18th Man for Queensland, For Game 2 and 3 of the Series Jarrod was selected both games as starting Prop. In the third game, Wallace scored the match sealing Try for Queensland against New South Wales from a Cameron Munster offload.

Jarrod has grown up with dogs and currently  owns two energetic  golden retrievers called Maggie and Floyd. The male and female siblings are one year old and much-loved family pets.

Being an ardent animal lover, Jarrod believes in the work that AWLQ does in creating a brighter future for companion animals in need.