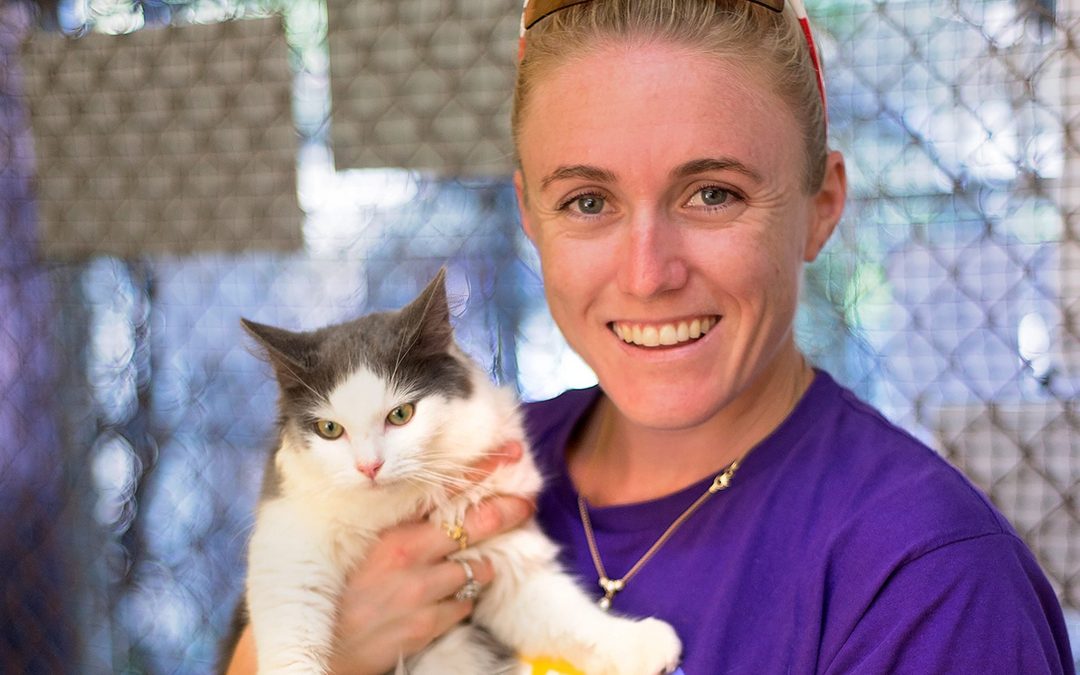 Sally Pearson is one of Australia’s greatest Olympians and the fifth fastest 100m hurdler in history.

At the 2012 London Olympic Games she became the 10th female Australian track athlete to win a gold medal, smashing the Olympic record in the process.

A year earlier at the world championships in Daegu, South Korea, the Gold Coast hurdler confirmed her greatness by clocking the incredible time of 12.28sec – just .07sec outside the world record – to claim victory. She was subsequently named the 2011 IAAF Female Athlete of the Year.

The Australian 100m hurdles record which Pam Ryan had owned since 1972 was finally Sally’s at the 2007 national championships in Brisbane when she stopped the clock at 12.92sec – just .01sec under the old mark.

In 2014 Sally was awarded the Order of Australia Medal (OAM) for her contribution to sport as a Gold Medallist at the London Olympic Games, this is a huge honour for any Australian to receive.

Off the track Sally is a huge lover of all animals. Sally has two Golden Retrievers, ”Oscar” and “Toby”. Sally is a proud ambassador of The Animal Welfare League of Queensland (AWLQ) and the Currumbin Wildlife Sanctuary and a supporter of Golden Ark Rescue Australia. When Sally decides to take a different path from athletics it will be in the way of working with and around animals.