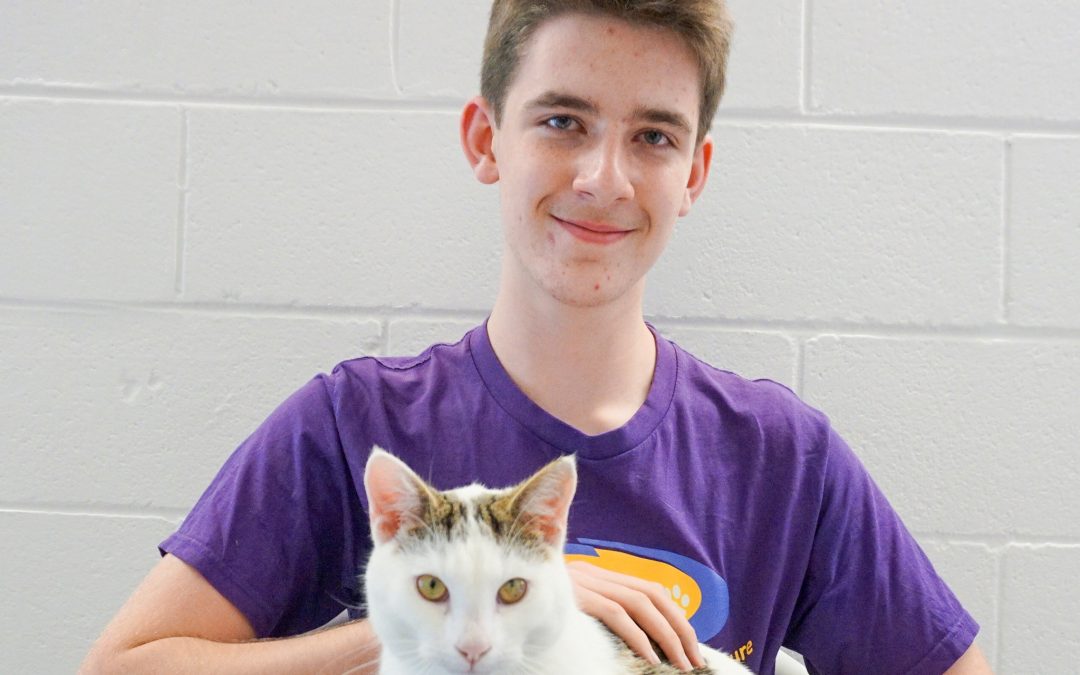 Thorne Lyons is a native Gold Coaster. He joined Mensa at age 5 and is a very enthusiastic member of the CSIRO Double Helix Club. He is widely travelled for his young years, and has met some very influential and famous people in his travels including the President of Malta and the late Sir Jack Brabham. Thorne has two dogs, a cat, an axlotl and three goldfish. The older dog, Cognac, came from the AWLQ, and the cat, Shadow, was from a refuge.

Early in 2012, Thorne began a school project to endeavour to raise money to donate to a charity. He chose the AWLQ, as he has a strong love and empathy for animals. He began by putting aside some of his weekly allowance plus any spare change he was given to donate to help the animals cared for at the AWLQ. He has continued to donate money regularly, as well as new blankets, food, items for the store, and tried to support the AWLQ in other ways such as attending on site workshops, participating in events like Out with the Dogs, as well as encouraging others to look at AWLQ for pets and pet requirements. His good friend Harry and his family recently adopted their very first pet dog from the AWLQ.

“I chose to support the AWLQ because the staff are so kind to the animals, and take such good care of them while they wait to find a new home. I would take them all home if I could. The people at AWLQ work very hard to raise money for these homeless and sometimes sick pets who need help, and I wanted to help in my small way by raising money and awareness of animals in need. Every little bit helps and makes a difference, so I feel good knowing I can contribute, even as a child. I just love animals!”